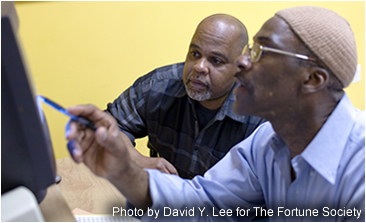 Are you ready to

get a Fair Shake?

to help you find everything we offer 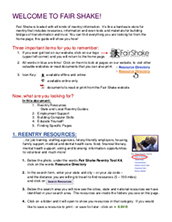 For Formerly and Currently
Incarcerated People

You have big hurdles. We have powerful tools to help you get beyond them!

Successful reentry is not possible without
a place to live.

We have a number of tools for you to help incarcerated people prepare to return to the community.

For Family and Friends

We have tools to support you in making informed, careful hiring decisions.

Neighbors, Students, Advocates.
We all play an important role in reentry.